Join your Facebook friends and millions of players around the world in attacks, spins and raids to build your viking village to the top! Do you have what it takes to be the next Coin Master? Can you travel through time and magical lands to battle it out to be the best Pirate, Hippie, King, Warrior or VIKING of them of all! Spin to earn your loot Spin the wheel to fall on your fortune, be it attack time, loot, shields or raids. Win your loot by landing on coins or gold sacks so you can build strong villages through the game and move up in levels. Win shields to guard your village from other vikings trying to attack you. Become the Coin Master with the strongest village and the most loot! Attack and Raid fellow vikings! Earning coins through the slot machine isn't the only way to get loot, you can steal it too! Attack or raid friend and foe to save enough loot to build your village. No need to break the piggy bank! Fight back and come out victorious against your enemies. Boom! Take revenge on those who have attacked your village and take whats rightfully yours! Bring your Coin Dozer and get rich again! You never know what treasures you can find in someone else's village! Collect all the Cards! It's not always about the loot, it's about the treasure too! Collect cards to complete sets and move on to the next village. With every village you conquer your wins will be greater Play with friends! Trade your cards with our online community to collect them all! Join our fast growing interactive,

Spin the wheel to fall into your destiny, whether it's attack time, loot, shields or raids. Win loot to build a fortified village and progress towards higher levels in the game. Win shields to protect your village from other Vikings who try to attack you. Become the coin master with the strongest village and the most loot!

In order to build their own game village or attack other players' villages, users must pass the reels in order to win virtual game currency. There is a limit of 5 attempts per hour, but players can purchase additional spinning opportunities and props in the store. 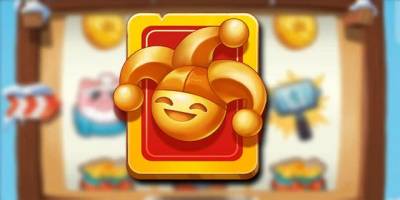